Texas kitchen cabinet mogul Gene Ponder, has just auctioned off $24M worth of classic sports cars and here are our top picks.

Unveiled at the Brussels Motor Show in 1951, the 212 directly descended from the very first Ferrari that appeared just four years earlier. With a design virtually unchanged from the 166 and 195 models it replaced, the 212 gained a larger version of Ferrari’s Colombo V-12 engine, displacing 2.6 liters.

Following its launch in 1951, only about 100 examples were manufactured before production ended in 1953. The series consisted of the competition-oriented 212 Export, with even-numbered chassis, and the road-going 212 Inter, with odd-numbered chassis. The cars were bodied by Ghia, Touring, Vignale and others, and became the basis for Pinin Farina’s first creation on a Ferrari chassis. Toward the very end of the series, some of the 212 Inters carried the chassis number suffix “EU,” a designation that stood for “Europa. “

With 150 to 170 horsepower under the hood and a top speed in light coachwork nearing 125 miles per hour, racing success for the Ferrari 212 was immediate. Perhaps the most important victory was the 1-2 finish at the 1951 Carrera Panamericana, a tremendous marketing coup for the profitable North American market.

When the first Dino-badged Ferrari made its debut at the 1965 Paris Motor Show, the idea of a junior Ferrari was not a new one. Enzo Ferrari’s eldest son, Dino, had been a passionate proponent of V-6 engine design; the young Ferrari is credited with the design of the marque’s first such powerplant, though he would never live to see it. Diagnosed with Duchenne muscular dystrophy, Dino is said to have worked tirelessly from his hospital bed as the disease ravaged his body. He tragically succumbed to it at 24 years of age in 1956, just one year before the engine premiered to great Formula racing success.

After years of podium finishes with his “junior” engines, Enzo Ferrari, who had long desired a roadgoing production car to directly challenge his competitor, Porsche, charged his development team with designing a new car from the ground up, using the principles advanced by his beloved Dino. The resulting car was both midengined and V-6 powered, with “Dino” proudly cast in each camshaft cover. His son’s dream come to life, Enzo saw it only fitting that rather than the revered Ferrari rampante stallion, it would be Dino’s own signature adorning the car’s nose.

At the 1957 Geneva Motor Show, Mercedes-Benz introduced a convertible version of the celebrated 300 SL coupe “Gullwing,” the 300 SL Roadster. In an early suggestion of the increasing focus the manufacturer would place on luxury cars over the ensuing decades, the new Roadster was, above all, a more refined car than its winged predecessor.

There was no denying the 300 SL’s mechanical performance, which had decidedly improved in the Roadster, with the updated six-cylinder engine receiving the competition camshaft used in the NSL racing coupes, good for a boost of 20 horsepower. Handling also benefited from a revised rear suspension with a lower axle pivot-point, minimizing the tendency for oversteer. Despite the added weight of chassis reinforcement required by an open model, the Roadster was every bit the performance car that the Gullwing had proven itself to be.

The Roadster’s overwhelmingly luxurious character, however, generally obscured its performance capabilities. With a convertible top, the model was never subject to the sometimes uncomfortably hot cabin that bedeviled the coupe, and the Roadster’s redesigned tube frame afforded lower door sills, facilitating far easier access than the Gullwing’s challenging ingress and egress. The new 300 SL was an improvement on the Gullwing in nearly every capacity, at least from a road-going perspective, and it has since evolved into one of Stuttgart’s most collectible models—a darling of both concours fields and vintage rallies.

Carroll Shelby and his Cobra need no introduction. In shoehorning an American V-8 into a lightweight British chassis, one of America’s greatest drivers created one of America’s greatest cars. Shelby would ultimately build fewer than 1,000 Cobras before ceasing production in 1967. Those original cars would spawn a cottage industry of Cobra replicas over the next five decades.

As the 50th anniversary of his first build approached, Shelby decided to produce a limited run of 50 new Cobras for 2012, all sporting a line of exclusive CSX prefix serial numbers—just like the originals. While these cars would be indistinguishable physically from the originals, they would have subtle upgrades for an improved driving experience. Among them were a 12-gauge steel tube chassis, Shelby aluminum rear differential with Dana 44 gears, and 12-inch diameter disc brakes at all four corners with dual-piston Baer calipers.

The cars would be sold as rolling chassis, with the fortunate buyers able to choose their own powerplant. Many would flock to the flared fenders and gnarly stance of the 427-cubic-inch Cobra, but discerning enthusiasts chose the nimbler 289-cubic-inch V-8, the truest expression of Shelby’s original vision.

One of these 289 V-8 50th Anniversary Edition Cobras is presented here. Equipped with all of the standard performance features, as well as a Shelby hand-laid fiberglass body, this example is powered by a 289-cubic-inch, aluminum, V-8 engine bored and stroked to 331 cubic inches. When tested on a dynamometer before delivery, the engine produced over 500 horsepower and 450 pound-feet of torque. Not bad for a car weighing just over one ton. 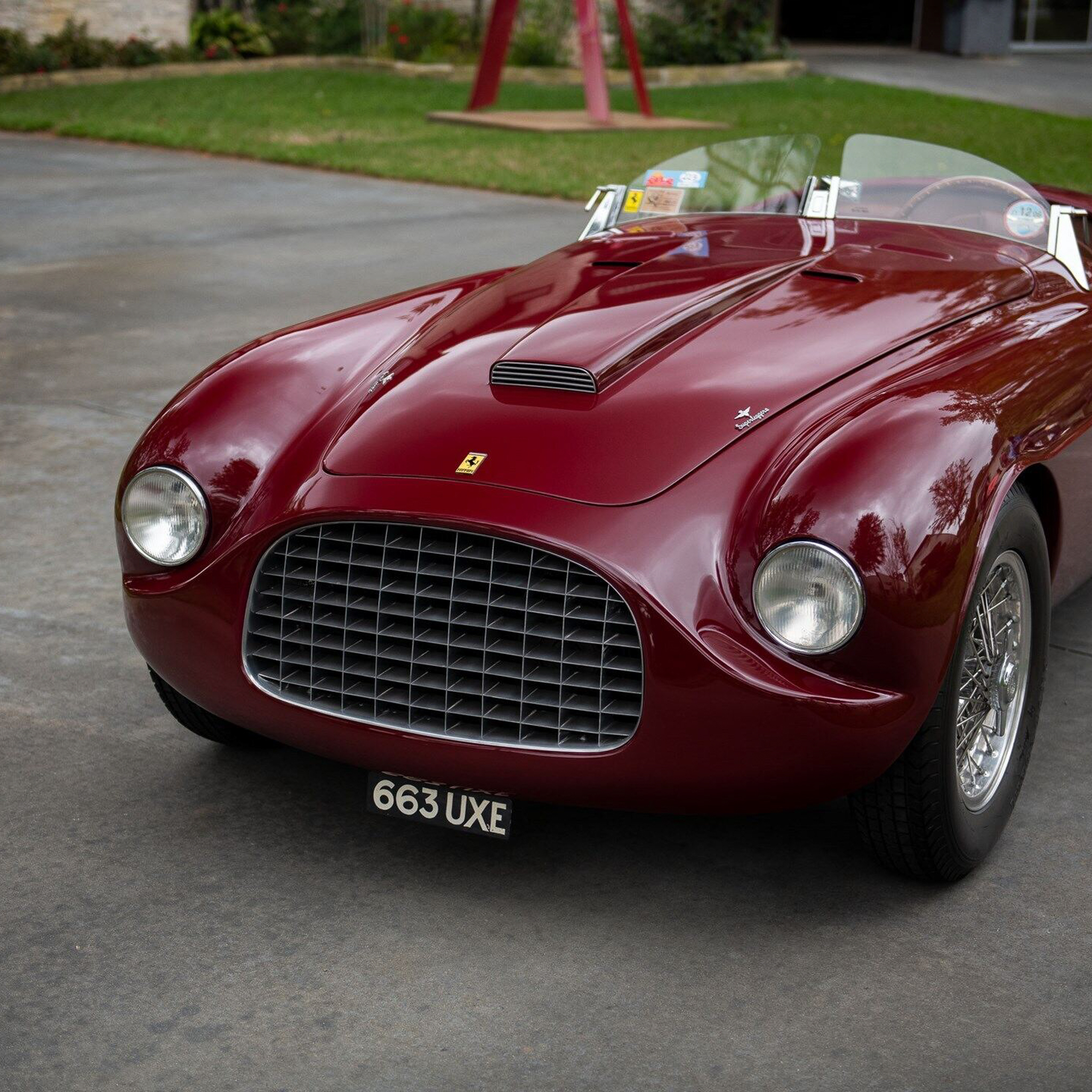 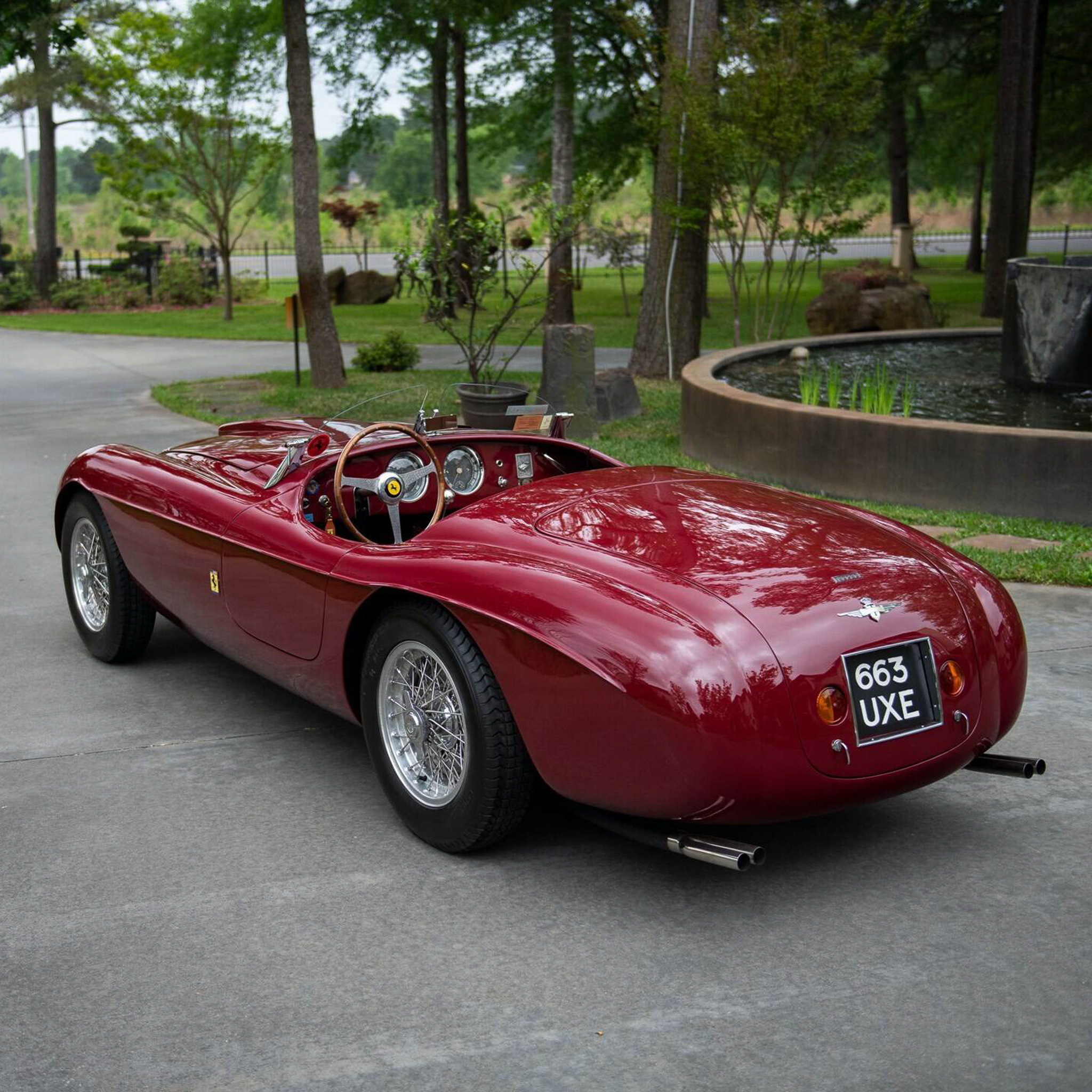 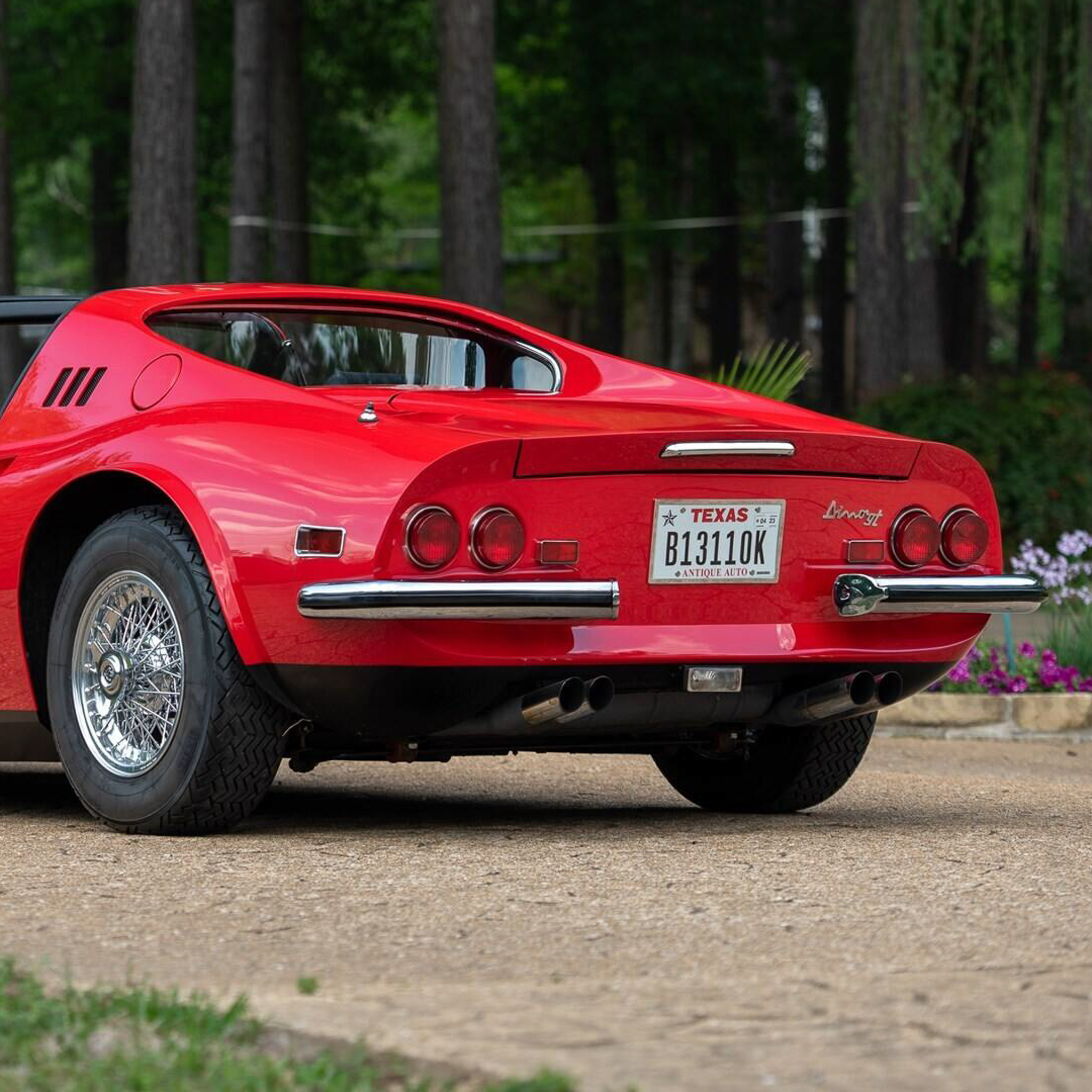 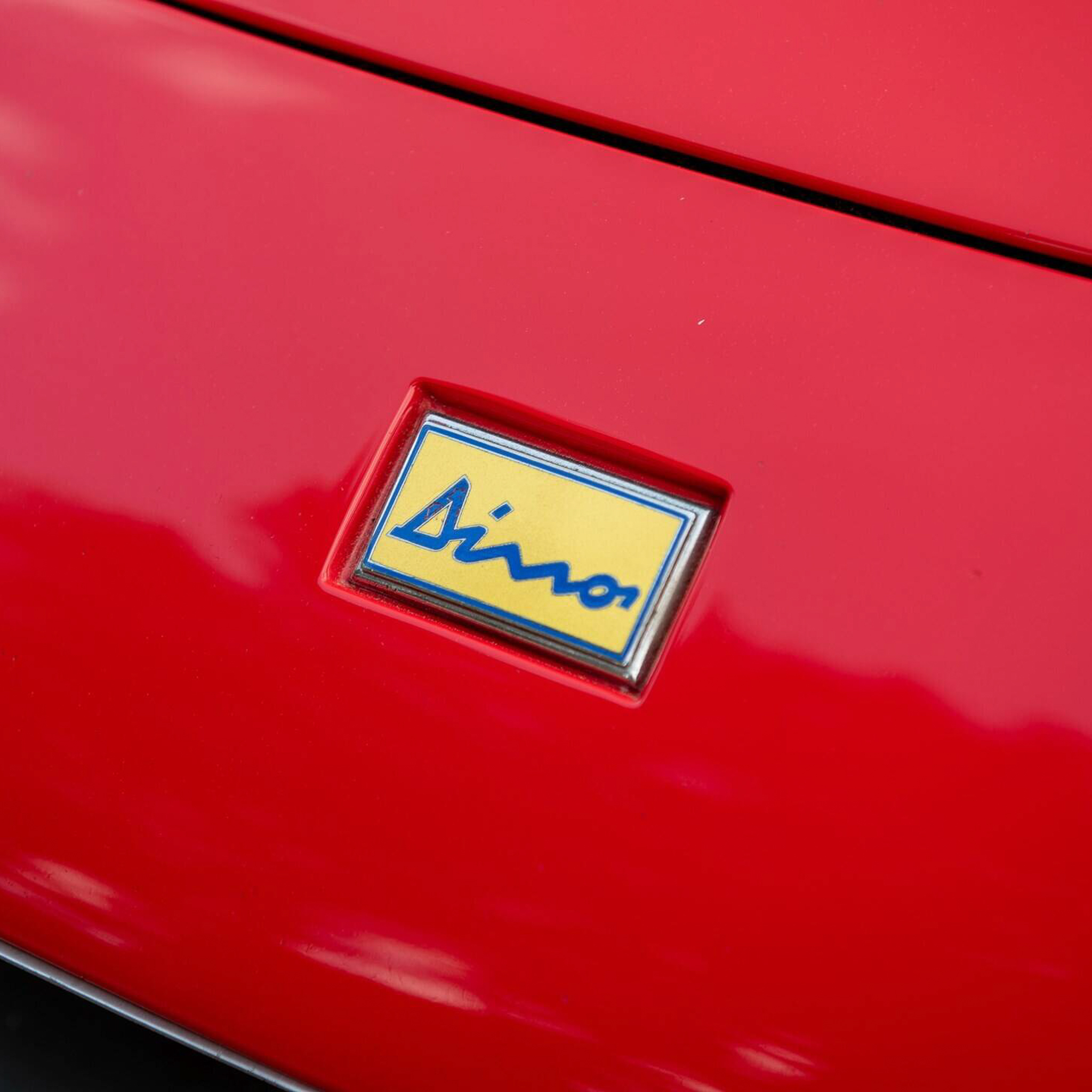 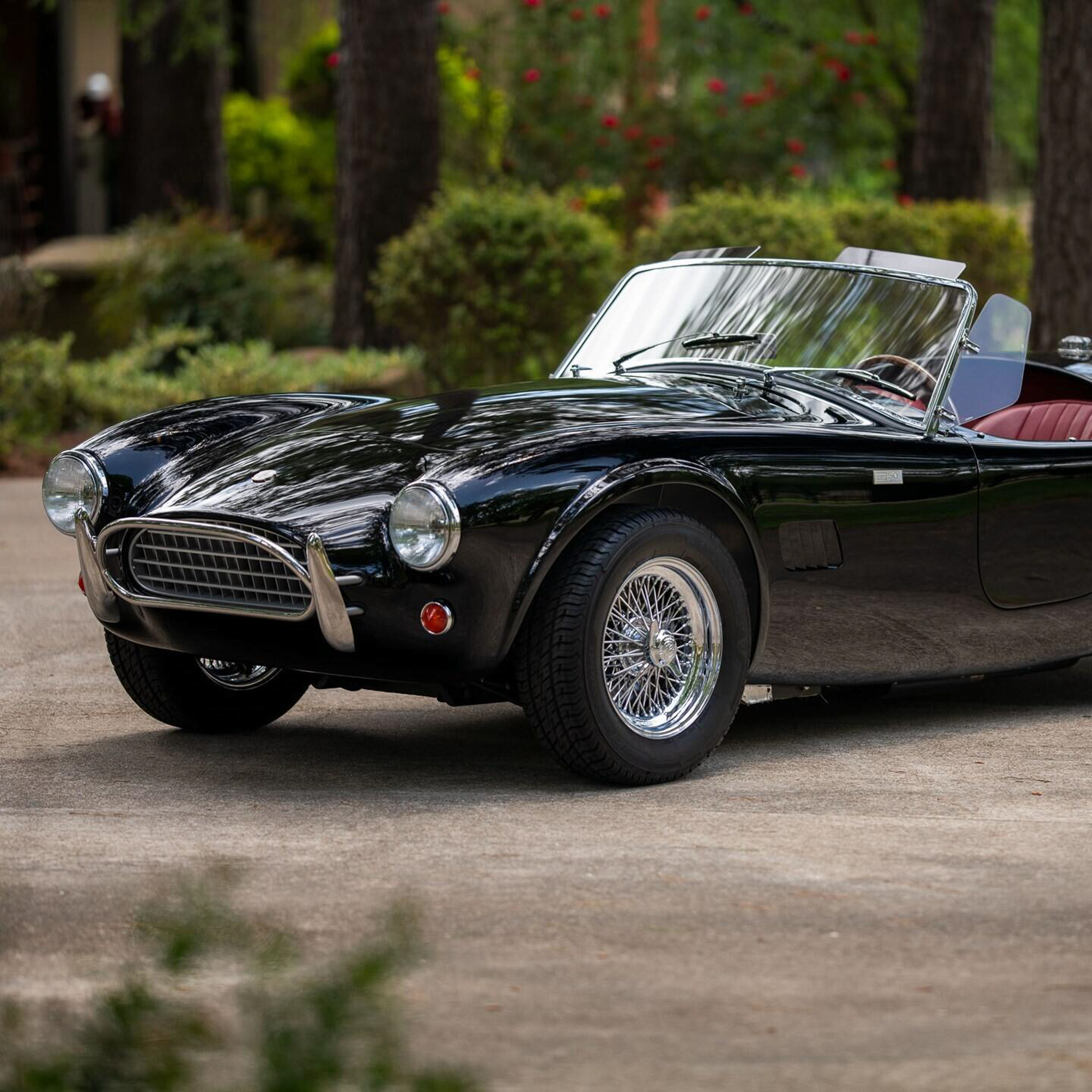 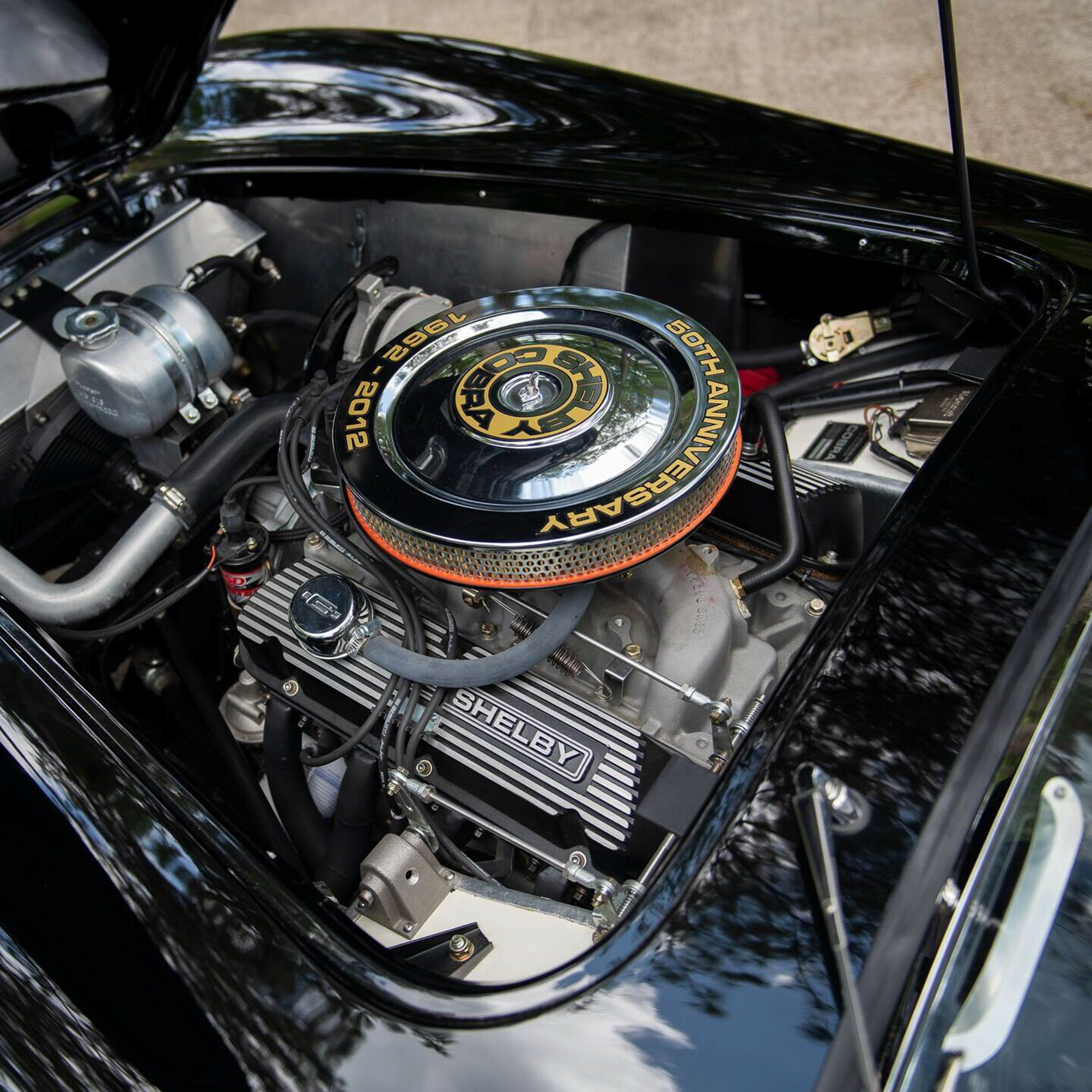 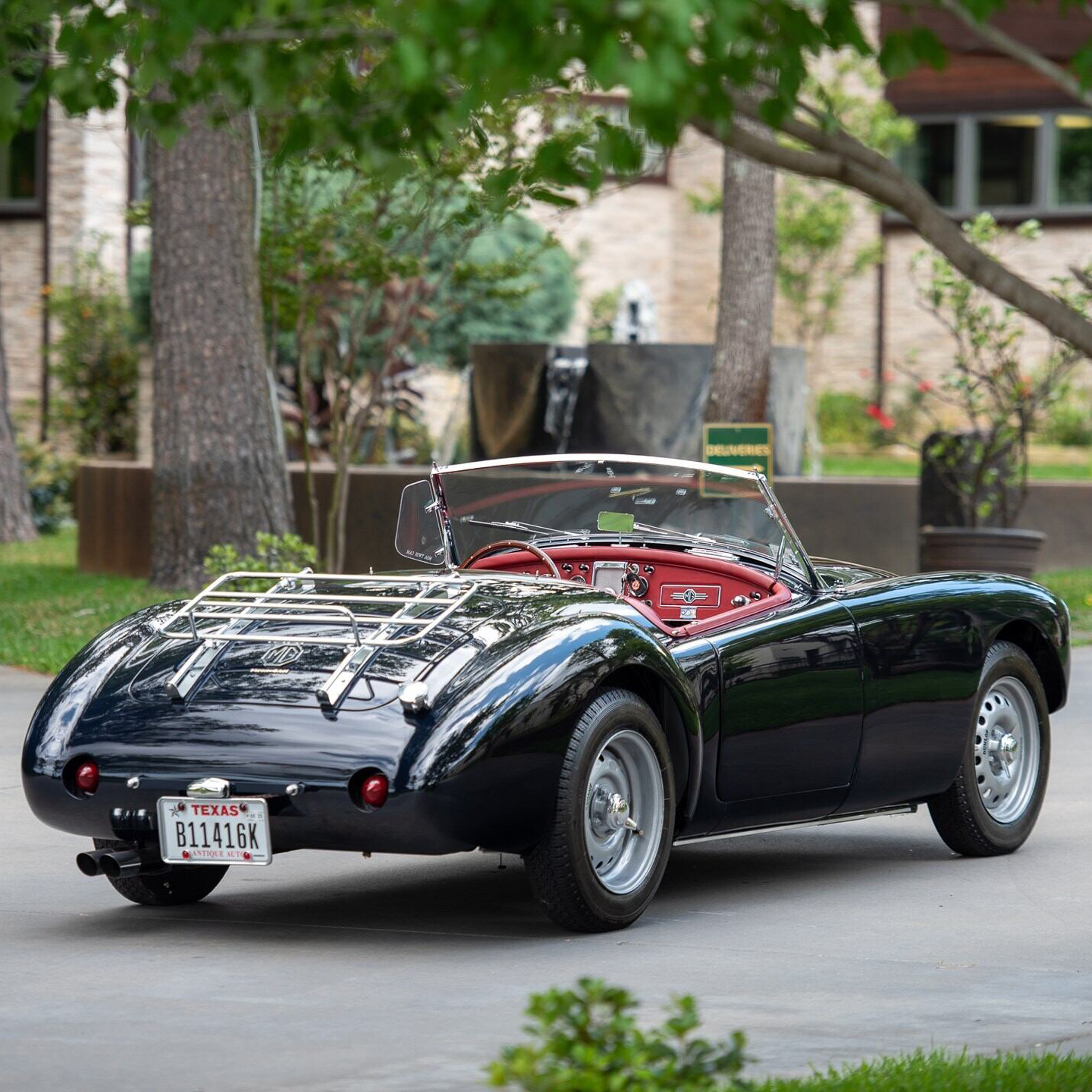 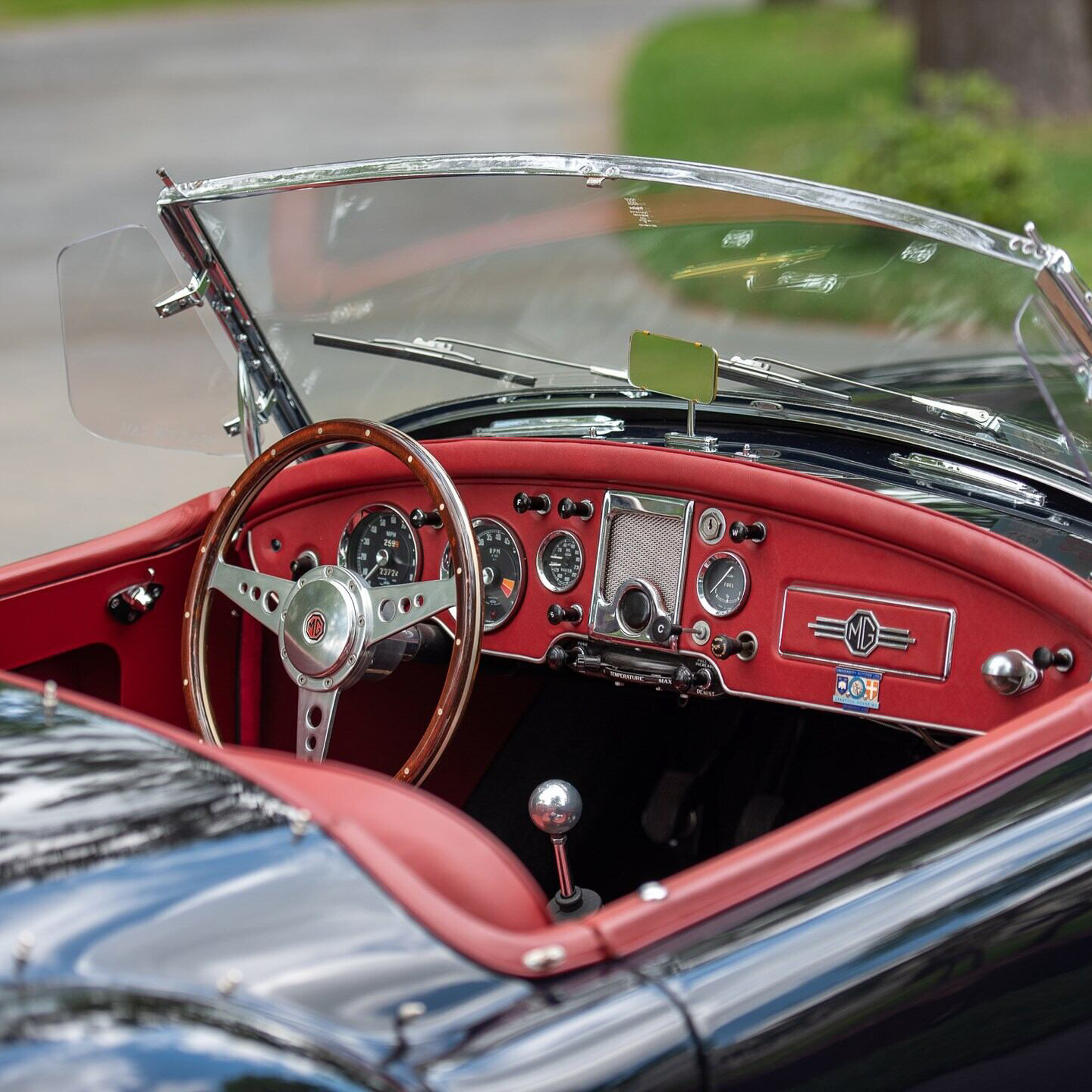 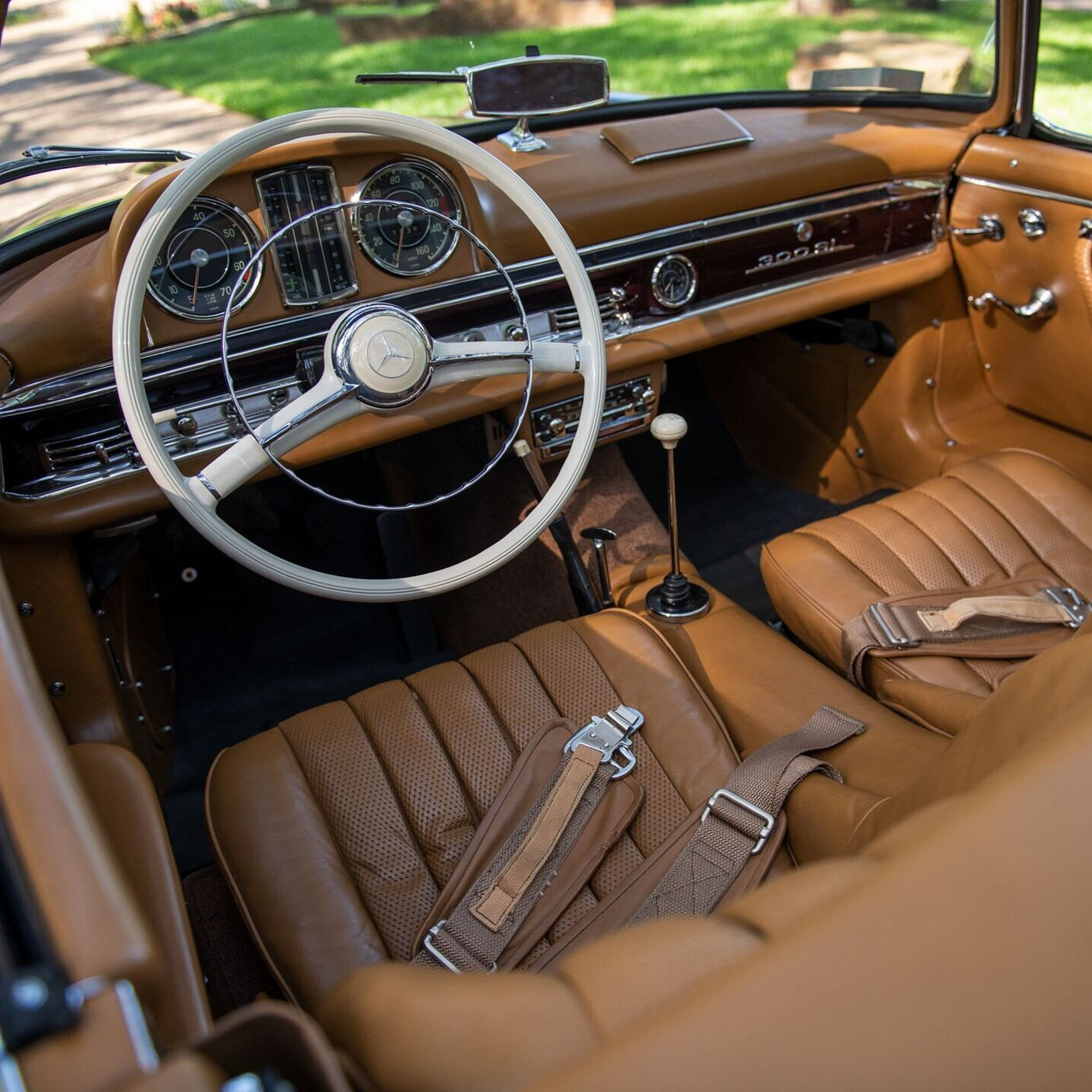 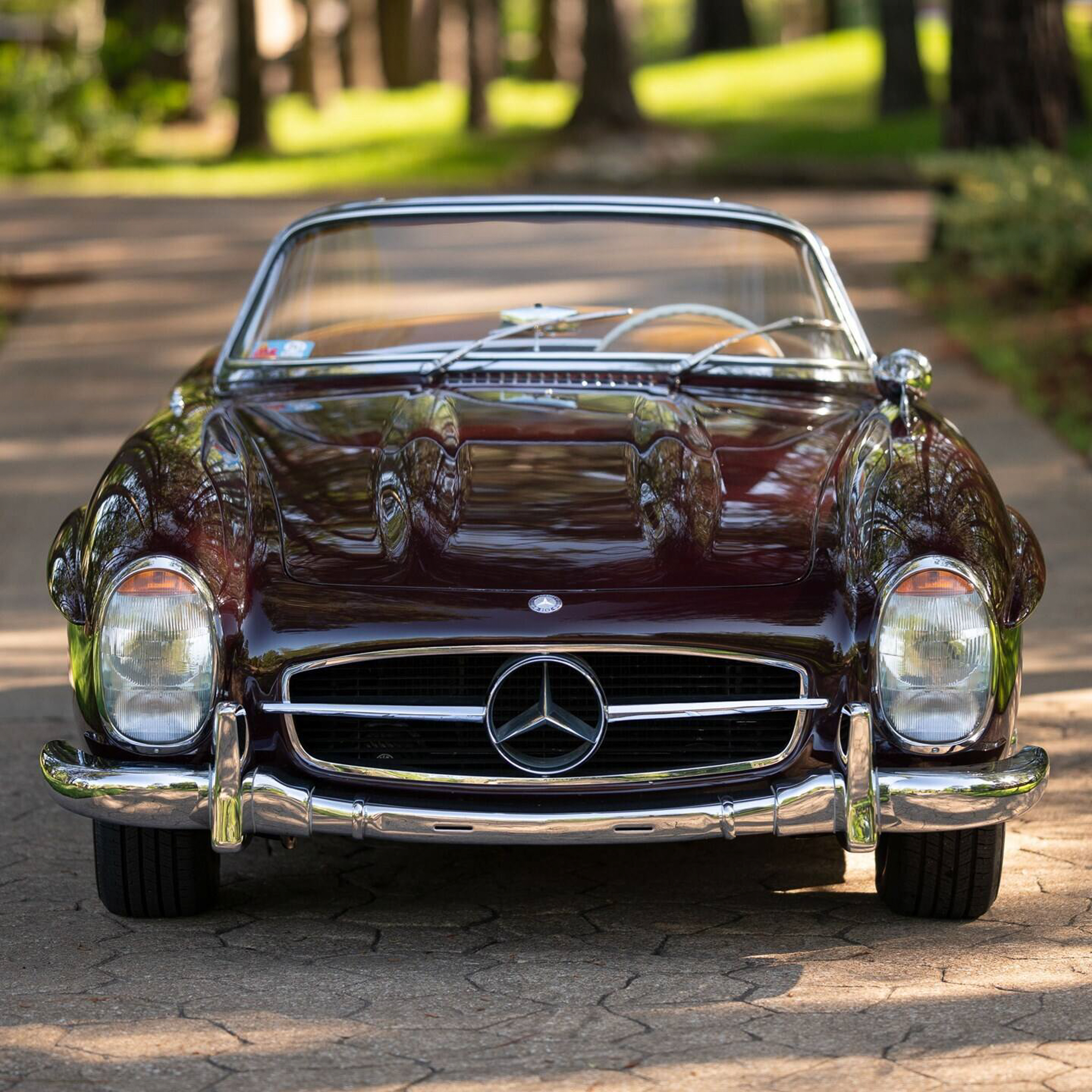 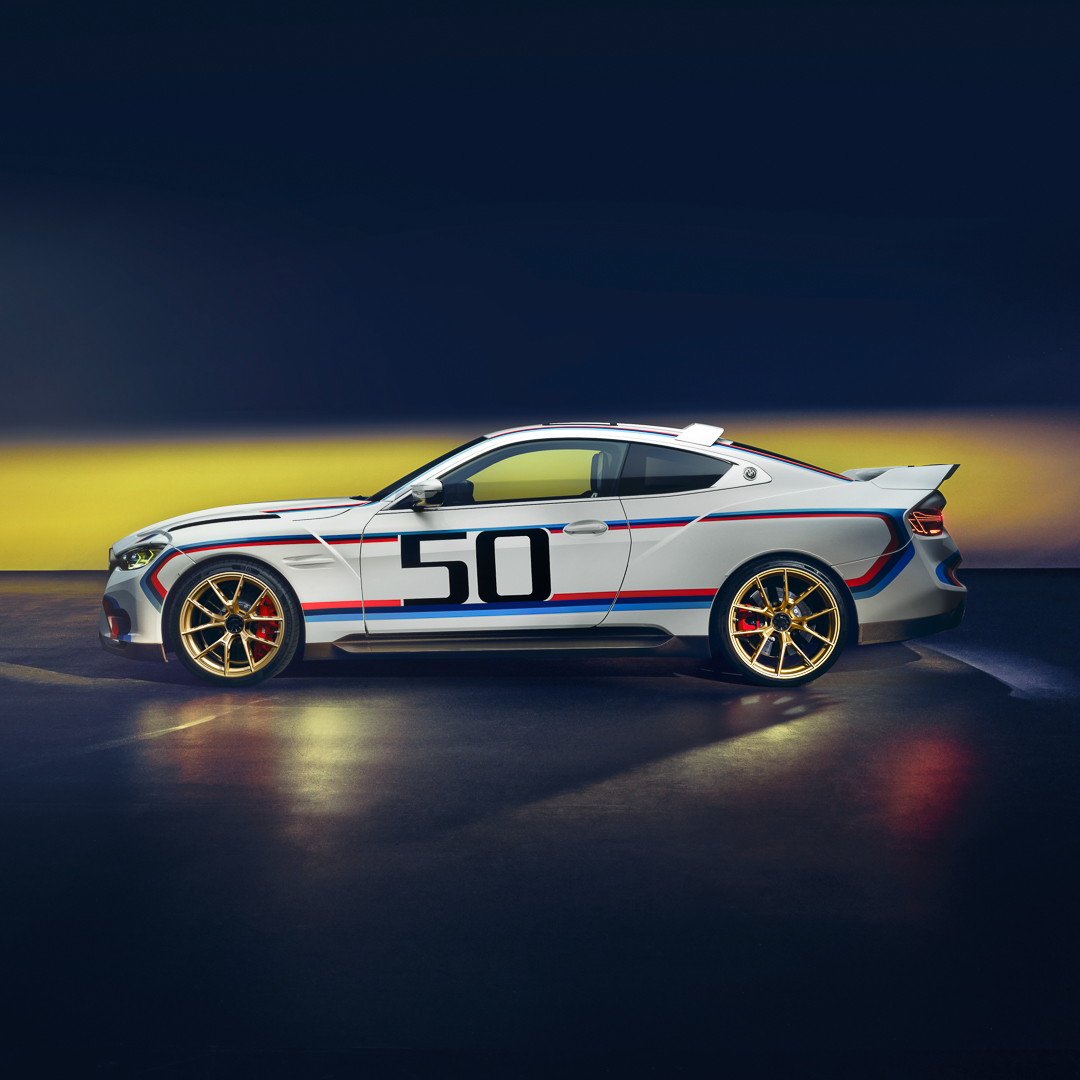 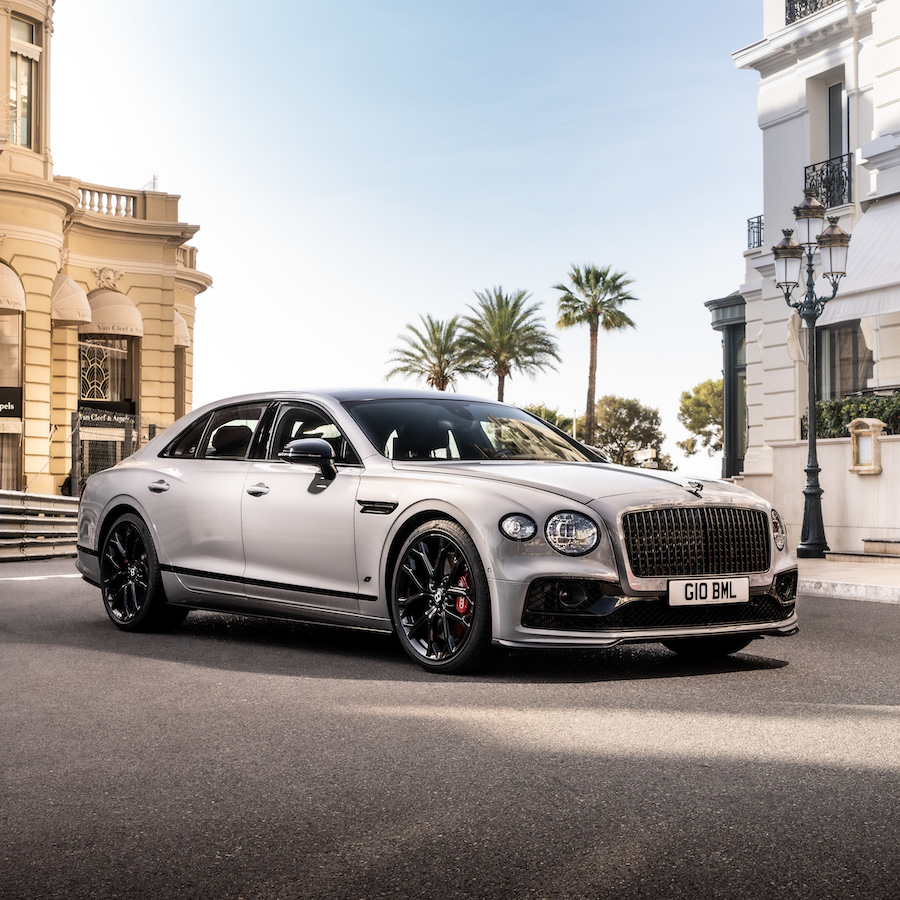 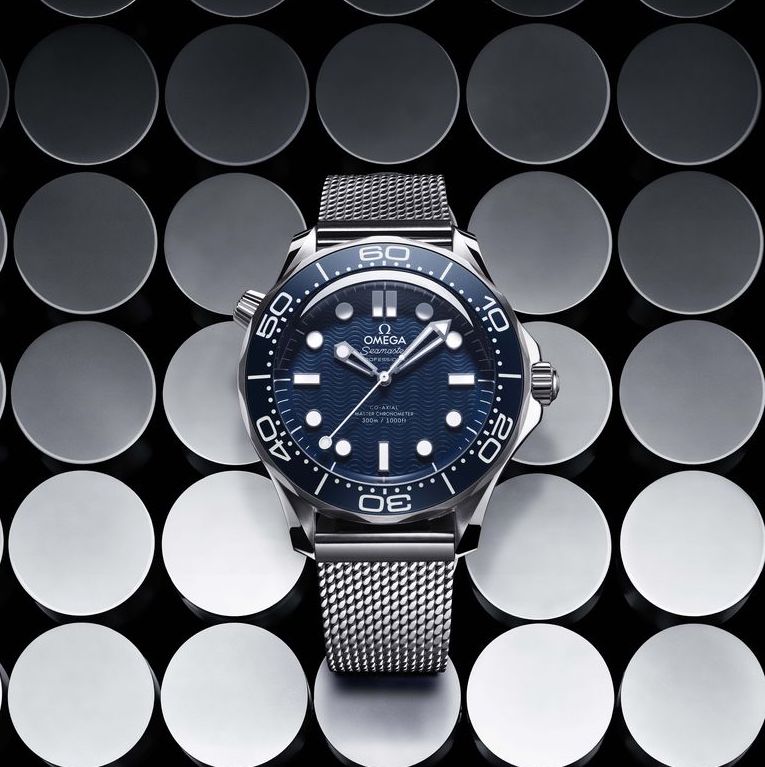